I watched The Daily Show’s interview with documentary filmmaker Roger Ross Williams last night. They talked about his recent film, God Loves Uganda, which is about American evangelicals and their influence and support of Uganda’s Anti-Homosexuality Bill, a bill that included killing gay people.

Once again I thought of the classic piece from the Onion which came out right after 9/11: God Angrily Clarifies ‘Don’t Kill’ Rule. From the piece:

Responding to recent events on Earth, God, the omniscient creator-deity worshipped by billions of followers of various faiths for more than 6,000 years, angrily clarified His longtime stance against humans killing each other Monday.

“Look, I don’t know, maybe I haven’t made myself completely clear, so for the record, here it is again,” said the Lord, His divine face betraying visible emotion during a press conference near the site of the fallen Twin Towers. “Somehow, people keep coming up with the idea that I want them to kill their neighbor. Well, I don’t. And to be honest, I’m really getting sick and tired of it. Get it straight. Not only do I not want anybody to kill anyone, but I specifically commanded you not to, in really simple terms that anybody ought to be able to understand.”

It’s a brilliant piece, worth reading in its entirety. I will never ever understand how Christians could possibly support a Bill that includes killing people. Although that part of the Bill has now been scaled back to life imprisonment, it called for the death penalty when it was being actively pushed by fundamentalist Christians from American. Even life imprisonment though, and all the rest of it. Do these Christians forget that American was founded and built by people who came here to escape religious persecution?

We had a water main break in the Village yesterday. I took these shots walking home last night. My camera seems to be getting better at night shots. Yes, I realize the answer is I must be getting a little better at taking night shots. 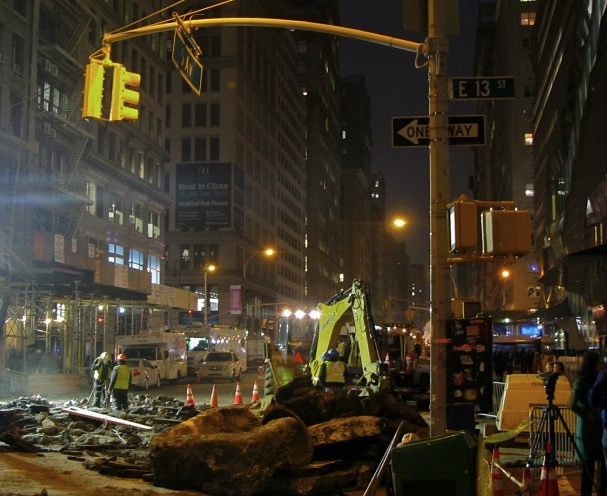 I’m kicking myself for not walking around and taking pictures from the other side of 5th, so I could get shots of this worker’s face. This picture would have been so much better. 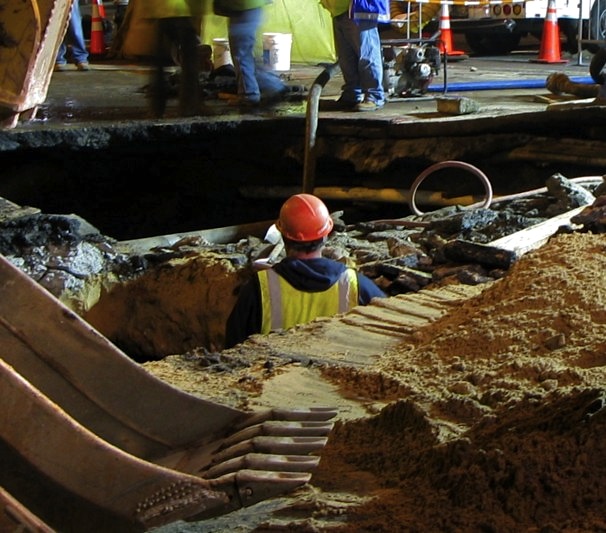 A Sad Day for my Family

Ellen Foley and the Loser’s Lounge at my Book Party!