On the recent anniversary of the Triangle Shirtwaist Fire I posted about a young victim, Gaetana Midolo, who lived near me on Commerce Street. Some believe that she lived at 143 Commerce Street because that’s what it says on her death certificate. But Commerce Street only goes up to #50. It may have once gone further, but not in 1911. On an 1854 map it ends at the same place it ends now, at Barrow Street.

I found a 1913 picture showing this, and here is a side-by-side comparison. I didn’t get the angle exactly the same, but it’s close! Amazing how little is changed 101 years later. 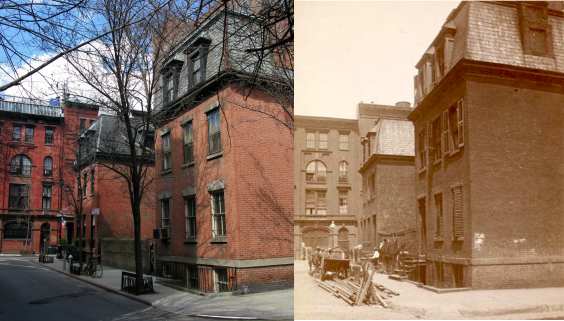 As I said before, I suspect Gaetana lived at 14 Commerce Street and some tired, harried, possibly distraught city employee inadvertently added an extra number to her death certificate.

That house on the far corner at the right, which is identical to the one next to it, (and there are a lot of stories about these two houses, #’s 39 and 41) has been gutted. Someone is completely redoing the inside. Perhaps they had no choice, but I hope some things were salvaged and will be incorporated into the renovation. 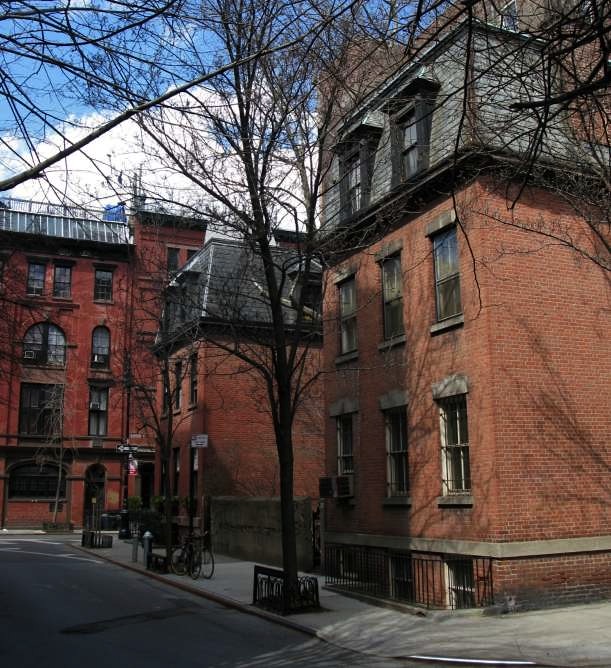 My Next Choir Performance

What’s the deal with this roof line?