There are still tickets left, although I think Friday is almost sold-out. Or was it Saturday? I forget! The point is, get your tickets now now now. If you tell me before tomorrow I can try to get some and then I will leave them at the “will-call” window for you, where you can pick them up before the concert (too late to mail them).

Friday, May 9th, 8pm or Saturday, May 10th at 3pm
Grace Church, 10th Street and Broadway

John Maclay, our director, selected only 20 women to sing the Voca Me section. Mozart wanted the women to sound ethereal and other-wordly, like angels in the distance, and he gave the direction to sing sotto voce (under the voice). Choir sizes were much smaller in Mozart’s day and he probably would have had only 4 or 8 women singing. The effect he wanted is much harder to accomplish with 60 or so voices. I wasn’t chosen OF COURSE. The first time they sang it without me I almost cried! I’m fine now. John made the right call. That section will give you chills.

At the last rehearsal John told the women to sing the men’s Confutatis section along with them. “You know you’ve always wanted to,” he said. And it’s true. It’s just such an exciting part.

Here is the piece I’m talking about, and this what it going on. The men are singing (translated from the Latin):

“When the accused are confounded,
and doomed to flames of woe …”

And the women are answering:

“Call me among the blessed.” 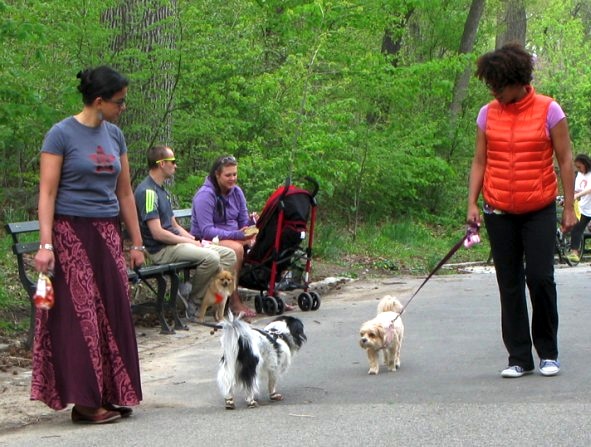 4 thoughts on “It’s Concert Week and My Heart Was a Little Broken!”