I’ve been reading more about the Jill Abramson firing than I ever have before about a story of this nature. I’m not entirely sure why. Perhaps because the speculation about it is so interesting, and something about the story has brought out everyone’s best, at least in what I’ve chosen to read so far.

I think there’s also a road-not-traveled element for me. Long ago I decided my temperament was more suited to books than a newspaper. Except I’ve also questioned that decision. I’ve never lost sleep over it – you have to make choices in life and you can’t always know until the end, if ever, if you’ve made the right one. But if there’s any place I’d like to have worked if my decision had gone the other way it’s The New York Times. (And The New Yorker, although not a newspaper.)

So, I’ve been reading about what happened, and daydreaming about their world, and the players, and their lives, and imagining what it would be like to be in it. It looks fun. Even when it’s all temporarily gone to hell like this. I’m sure it’s not a cocktail party right now for those in the thick of it of course, I’m just saying it seem alive and vital and electrifying and I wouldn’t mind being in the middle of that right now.

A street fair on Bleecker yesterday. I left my apartment to get new sunglasses, and while I was out this street fair popped up. 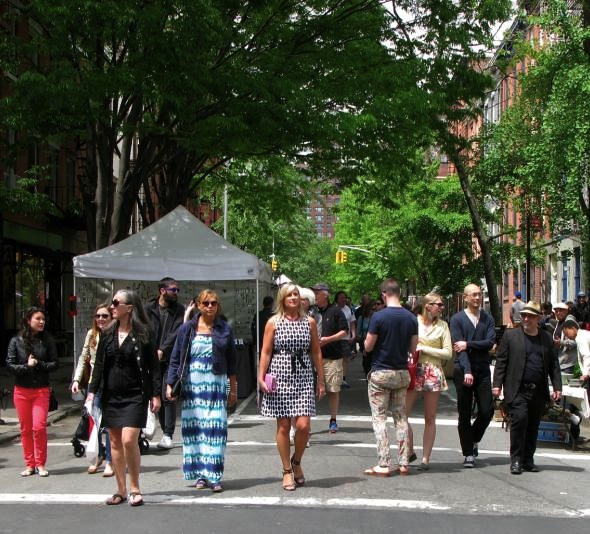 It’s Between Chris Sligh and Melinda Doolittle For Me