I was walking home, missing some people who are no longer with us, when I passed by the window pictured below and then I missed Tony Randall. We have an ongoing conversation on Echo titled, “Tony Randall—MR. NEW YORK!” It was started in 1995 and the last post was in late 2004, the year he died. From the description of the topic: “Tell us your favorite TR stories, experiences, Letterman appearances, real-life meetings, charitable works, hell, ANYTHING, about the man that defines True New York!”

Tony Randall really did epitomize a certain slice of New York, and this is my favorite story from that thread. It’s why I thought of Tony when I saw this window.

HOW TONY SAVED THE LIVES OF TWO LITTLE GIRLS

When Marla was about 14, she and a friend spent the summer studying ballet in New York and living on the Upper West Side. One day, they were on their way home from a class by Lincoln Center, and, being two giggly bunheads (Marla’s word), they carelessly stepped off the curb at Columbus and 66th, right into the path of a speeding cab!

As the cab screeched to a halt, a bystander grabbed both girls at once in his arms and pulled them out of harm’s way. “Now girls,” the man said gently, “you’ll never grow up to be Giselles if you keep walking into traffic like that!”

Marla and her friend turned to look gratefully upon the face of the angel who had saved their young lives and who else could it be but … TONY.

Isn’t that a sweet story? (Thank you for telling it, Kristen Mirenda.) I love that this is a place where people come to study how to dance the part of Giselle when they grow up, and that it’s filled with people who understand and appreciate the effort. We miss you Tony. And thank you for saving those little girls. 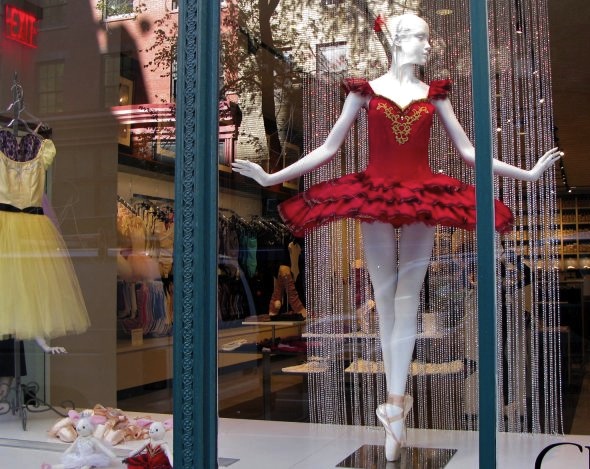 I Wish I Could See Alice in Wonderland Right Now

Gearing up for Fact Checking