I’m reading Song of the Lark by Willa Cather. It’s not her best, but if you love Willa Cather you will most certainly enjoy this. If you are a singer you will enjoy it a little more. It’s about a young girl from a small town in Colorado who is apparently going to become a big singing star. (I’m halfway through.)

It’s not about group singing, it’s about soloists, but there’s a brief mention of choral societies, which are my thing: “Those were the days when lumbermen’s daughters and brewers’ wives contended in song; studied in Germany and then floated from Sangerfest to Sangersfest. Choral societies flourished in all the rich lake cities and river cities.”

I enjoy reading about any experience of singing though, when the writer gets it. Cather seems to get it. She also wrote a short story about an opera singer. Was she a singer? Ah, I just read that she based the character from Song of the Lark on an opera singer she was friends with. She definitely felt a connection to singing in some way.

The best descriptions of singing I’ve ever read are in James Cain’s book Mildred Pierce, which is one of my favorite books, and not because of the singing. It’s a great book period. It’s not noir like his others. I just read it incorrectly described as “hardboiled” on Wikipedia and I’m telling you it isn’t hardboiled in any way, shape or form. I would beg everyone to give this book a try. It’s pretty perfect. It captures all the struggles of life, small and large, but Cain’s genius is in communicating enormous poignancy in the absolute smallest, most mundane moments. He also writes women very well in this book.

But Cain was very much into singing (you can tell). He was the son of an opera singer, one of his wives was an opera singer, and I just read that he wanted to be a singer but he was told he was not good enough. Hmm. I wonder if there’s a recording of him singing anywhere? PS: Even if you don’t like opera you will still love the descriptions of it in this book.

A solitary flower in a city garden, taken a couple of weeks ago. The soloist hanging in there when the season is over. 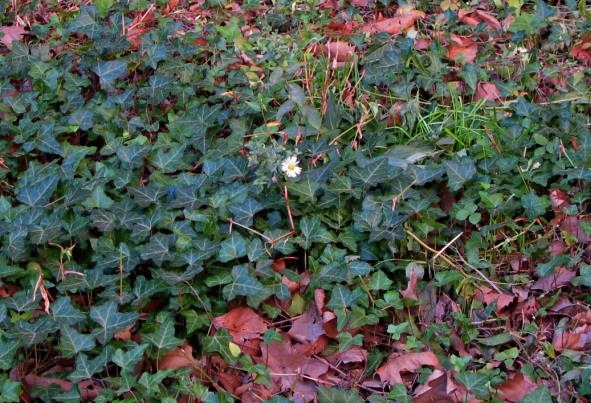 The Choral Society of Grace Church, Singing in Central Park

No, You Can’t Sing as Well as Steven Tyler