There was a time when a new dress was one of my favorite things! I sought them out, twirled around in my apartment in them when I found a great one. If selfies were a thing back than I’d have a million shots of me spinning around my apartment, a maniacal fashion pixie. Back then I’d hit the streets in one of my dresses and feel like I could conquer the world. It was my superhero suit.

I still enjoy dressing up from time to time, but it never means putting on a dress. It’s great looking jeans, boots, a cute top and I’m done. It still feels like a superhero suit though. I think it’s the boots.

A quick shot during the intermission at the Loser’s Lounge last night. The woman at the very right, with the short blonde hair and in the gold dress is one of the performers, Cici James. Now that’s a great dress! If I was in my twenties I’d be plotting how to get it myself (then making sure I don’t travel in the same circles as Cici James!) or something else by the same designer. 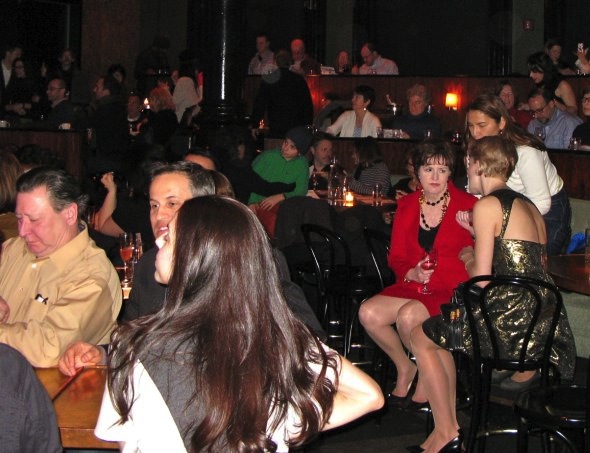