I’ve been researching Josephine Shaw Lowell, who served on the New York State Board of Charities and was involved in charity and correction reform in the 19th century. But like everyone else I’ve been looking into, she comes off heartless at times, and that is an understatement. Other times, and especially later, it’s clear she wasn’t.

I’m told I should look at people in the context of their times, and I do. But some things are so wrong, and so horrible, that even in times when they are acceptable there were people who could still see it’s wrong. All throughout America’s slavery period for instance, there were those who were crying out WTF?? This is evil.

Josephine Shaw Lowell, she seems to be more in the middle. I can at least see what she was thinking when she was being harsh, and that will help me write about her. And her thinking evolved as time went on. Amazing, and sad, how rare that is.

This is the fountain in Bryant Park, behind the main branch of the New York Public Library, that’s dedicated to her. “Sincere Candid Courageous and Tender,” it reads, among other things. There were not a lot of things being dedicated to women in those days, and this one is so effusive. She must have been quite a woman.

This is the fountain. 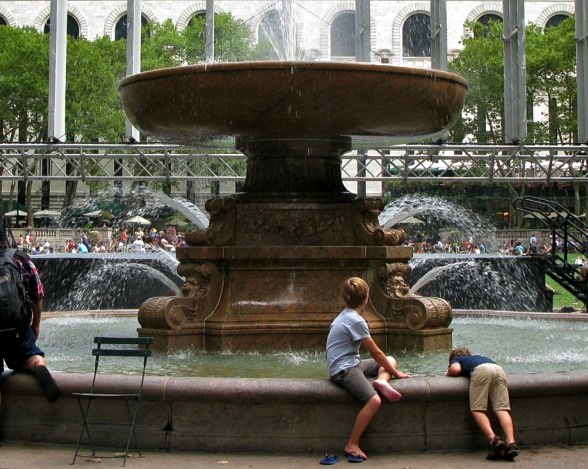 I’ve Changed My Mind a Little About Public Shaming

It’s a Jungle in Here!