I’ve been meaning to make this point for a while.

In an effort to crush Obama and prevent him for being effective, the republicans have been chipping away at him in a way that has slowly eroded respect for the office of the President of the United States. They started this with Clinton, but they pulled out all stops with Obama. The moment when one of them shouted out “liar” when Obama was speaking indicated all gloves were coming off.

The thing is, by wearing away at the respect for the office, that made attaining this position viable for clowns like Trump. They are the ones who made it a joke and so jokers can run.

An old friend of mine, John Heartfield, posing in front of some of the artwork of his grandfather, dadaist John Heartfield, at the Neue Galerie. Heartfield is most known for his political art during the Nazi period in Germany, artwork which landed him at number five on the Gestapo’s most-wanted list. It’s an astounding show and it’s coming down on January 4th. See it while you can! 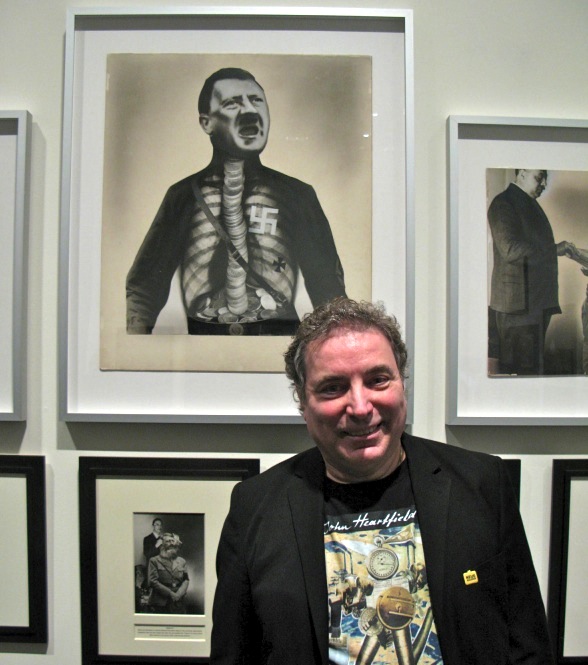 3 thoughts on “Trump Has Got to be Punking Us”