I took in the annual Easter Parade on Fifth Avenue. At the end I’ll post a picture of a guy I’ve seen a few years in a row. First up, my favorite Easter bonnet, the Empire State Building with King Kong, and a very handsome young man. 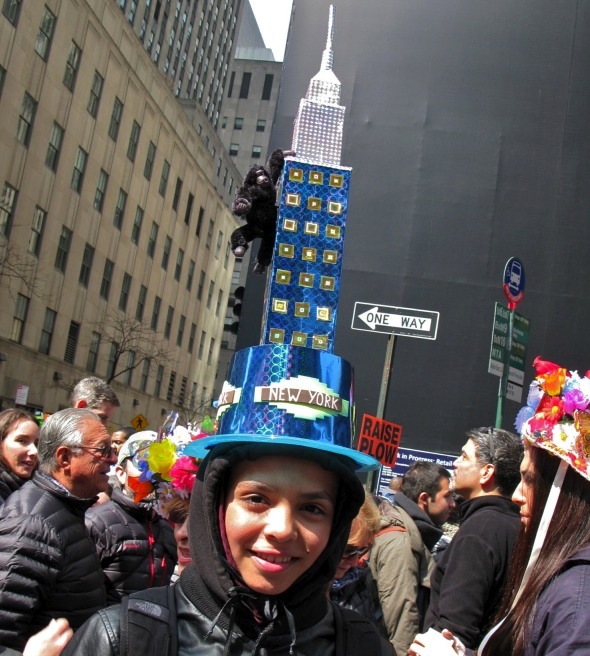 The young man in this picture however, is not having as good a time as these beautiful girls (now I want four daughters). 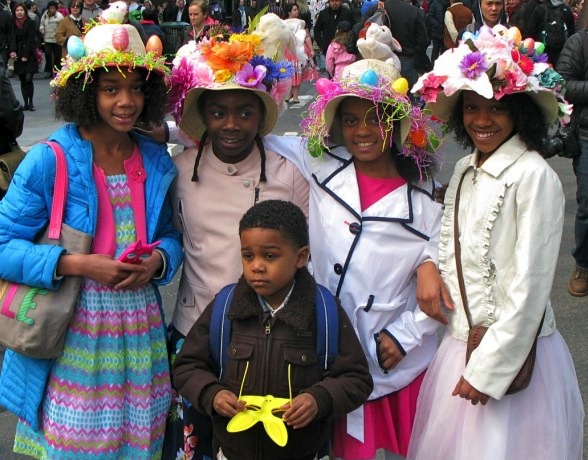 Scary Easter outfit! But she had a nice, friendly demeanor. 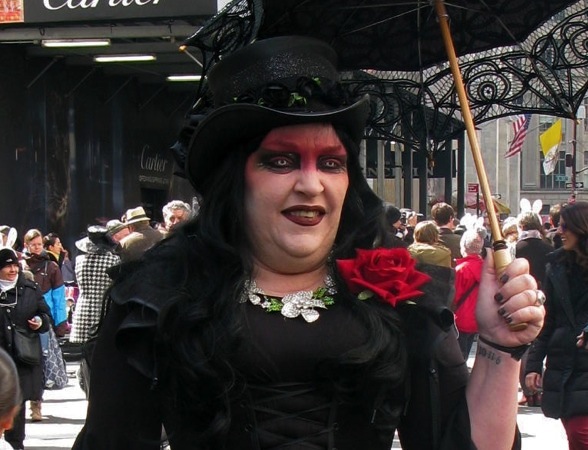 My second favorite Easter bonnet. She was with a bunch of people whose hats were based on New York landmarks. Hers was the best. Can’t compete with dinosaurs. She was also giving out tiny plastic dinosaurs to the children there, so that was nice. 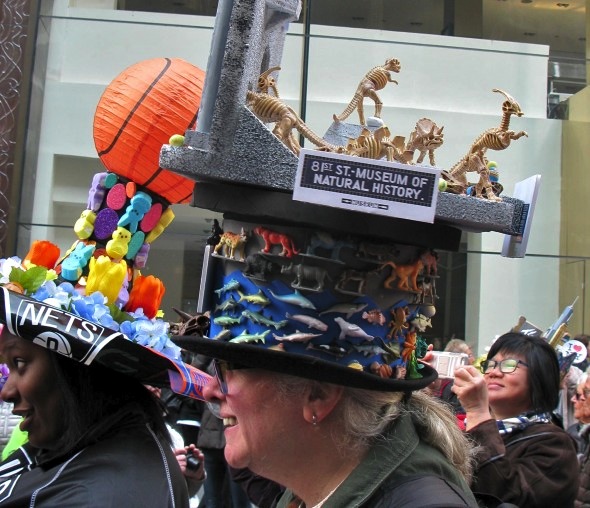 Happy girls. I have so many shots, so many happy faces. 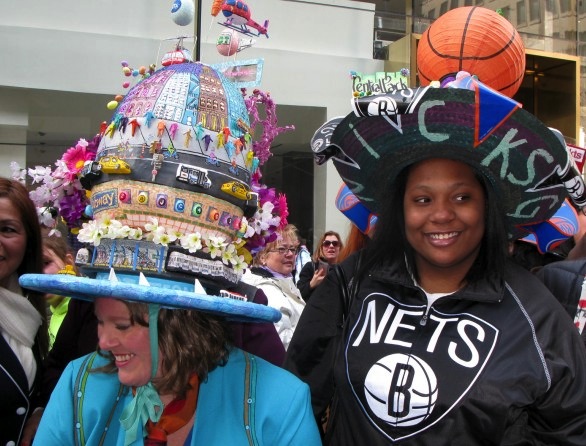 And some happy boys! 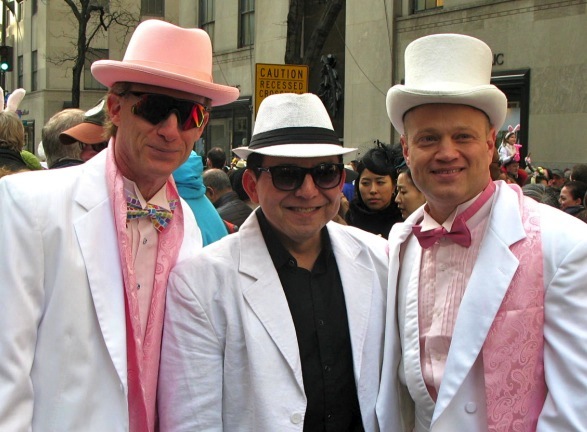 These children know how to work it. I love kids who aren’t shy about getting their picture taken. 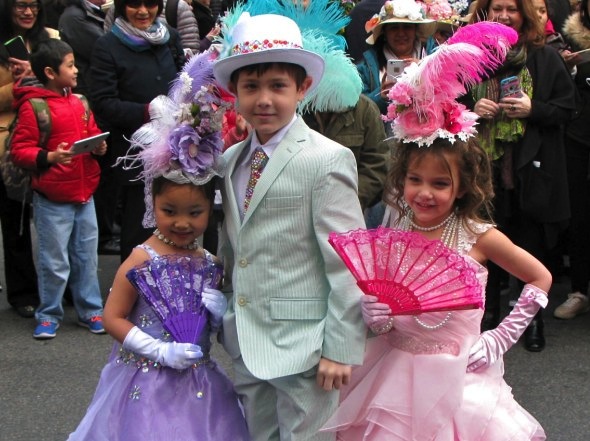 This costume is also slightly scary. I don’t understand it I must admit, but it’s intriguing. What does that writing say? Bella dharma?

Update: Thank you to Bob in the comments section. This is Performance Artist Dolly Dharma! 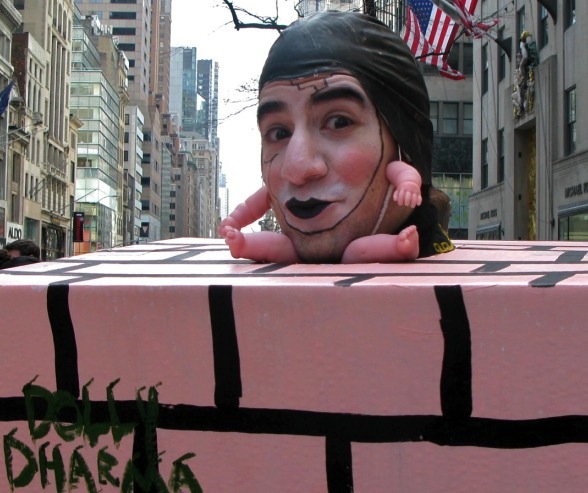 Some very fashionable ladies, who look like they have work in the permanent collections of museums around the world. 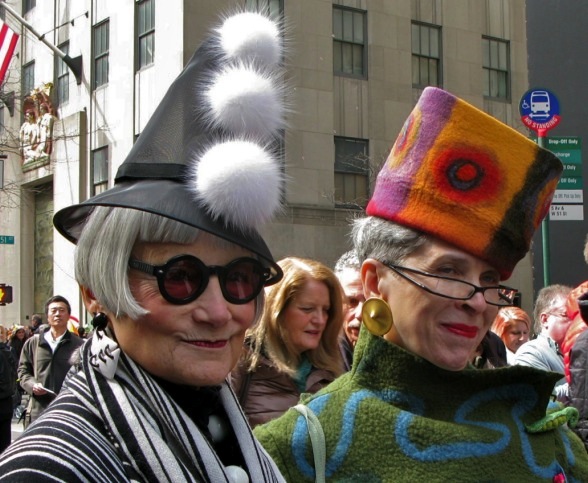 I looked for and was happy to spot this guy and his dog. He always had two with him before and I was afraid to ask why there was only one! But thank God, the other guy is perfectly fine. He just doesn’t like the parade so he was left at home. 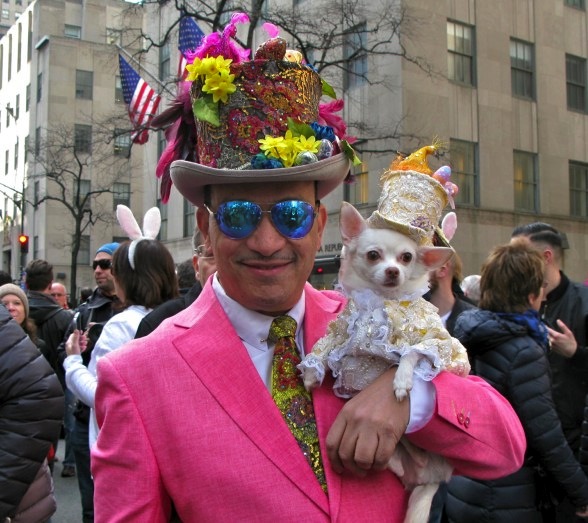 Here they are in 2012 … and yeah, maybe that other guy isn’t so happy to be there, except I think he was just yawning. (Parades bore him.) 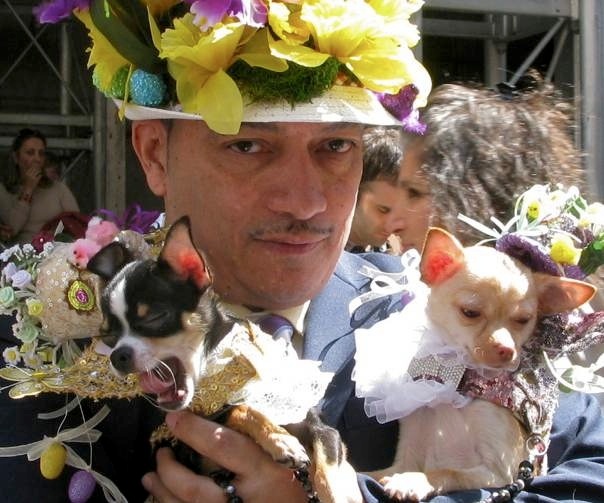 And here they are in 2013. I didn’t take this picture!! I found it on Gothamist. It’s a fabulous shot though, I wish I could say I did take it. 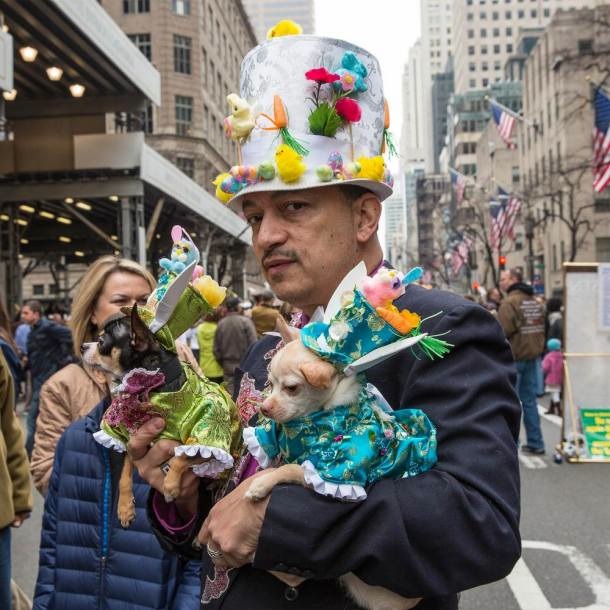 What happened to comments selection at the New York Times?

My First 2014 Halloween Shots Around the Neighborhood