I just spent a few very productive hours at the Brooklyn Law Library, although the librarian did all the work really. I’ve been researching some 19th century laws, and the procedures of the inferior criminal courts of New York City during that time period. The librarian found most of what I needed and now I’m organizing all the documents I scanned. There’s a million books alone in this subject!

OH GOD. Someone could develop a tv show, like The Knick, but set in a police court (or the Court of General Session, or the Court of Special Sessions, or they could bounce between all three). Can’t you see it?? A 19th century courtroom drama! Maybe modeled on Law and Order, but in the 19th century. I WANT CREDIT IF THIS HAPPENS.

I know I’ve posted a picture of Bleeck striking this pose before, but here he is again, laying down in this weird way. I’m just amazed as always that this is comfortable for him. 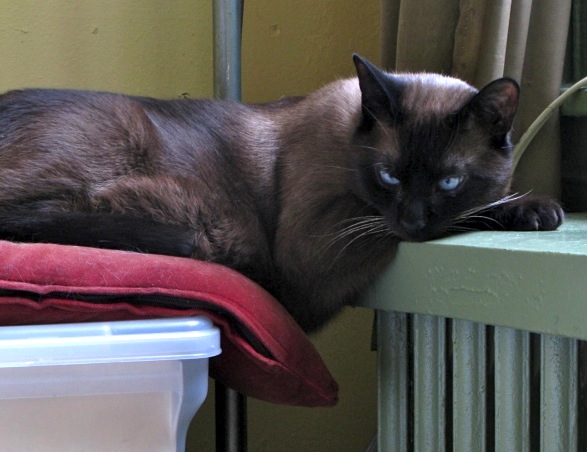