I rushed Finney to the vet this morning, but luckily it was only a urinary tract infection. No fun for him, but not life threatening. Now I’m trying to calm down. And not think about what I spent. (Can’t win, going to be in debt for the rest of my life, I might as well accept it.)

Here are a few more pictures from my holiday windows walk. First up, people taking pictures of themselves in front of Von Clownstick Tower (I still can’t bring myself to even say the name). I did not kill any of them, or scream at them, or anything. Laugh it up people, enjoy the new world that you helped to bring about. 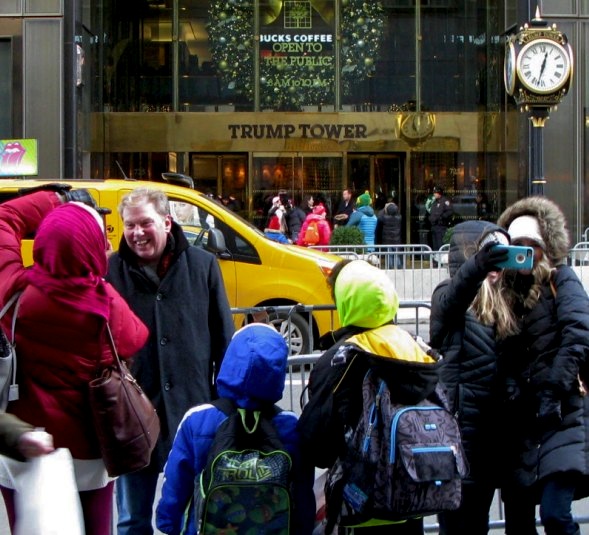 I felt for the police who were there to protect everyone. It’s freezing out, and when you have to stand mostly still it feels a thousand times colder. They should get extra winter pay. 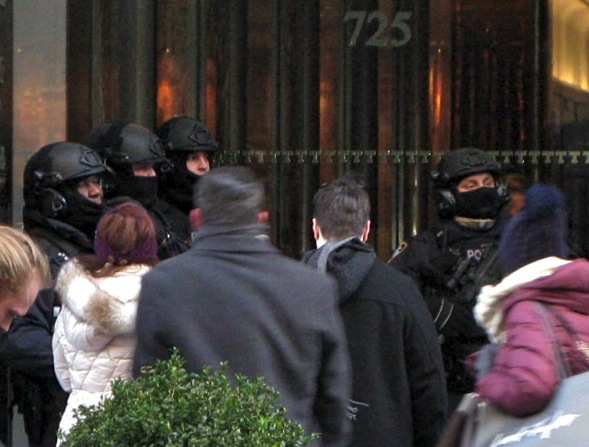 The streets around Von Clownstick Tower leading to 5th are closed to traffic. But I felt like that command should be directed to Von Clownstick. 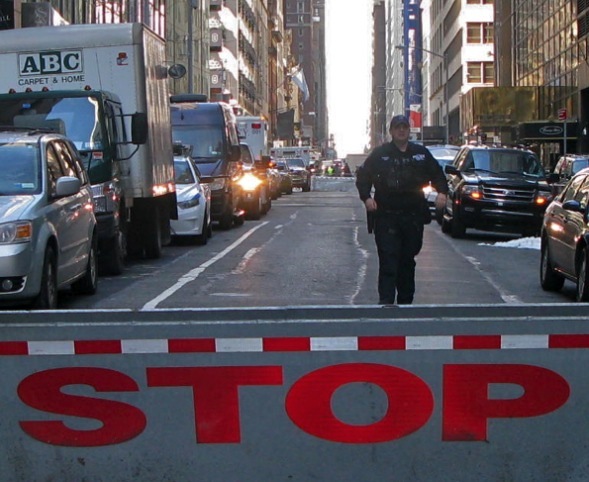 Thank You and Blogging my Birthday