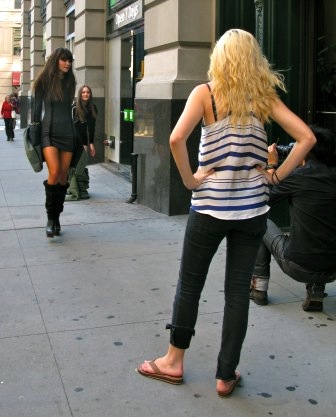 I know, this is a weird picture with that kind of post title, but I didn’t take any pictures yesterday (which is also weird). This is the same shot from my last post, but the full frame, showing not only the model but some of the people working on the shot.

Anyway, the explosion. I was woken up at 5am by a huge explosion. It rocked my building. I felt immediately sick, thinking about people being hurt, because it really sounded like a building had been blown up. I waited for the sirens. None came.

I looked out the window for smoke or some sign of what happened or where. Nothing. I decided maybe it was something less dramatic, like a manhole explosion and it was close to my building and that’s why it sounded so big to me. But there still should have been some kind of response. What the hell was it?? It was a really big boom.

Also, I never got back to sleep so now I’m tired.

Seen to and from Choir Practice