A few more shots of where some of the Triangle Shirtwaist fire victims lived. Whenever I do research like this I wonder, will something happen to me that will cause someone 100 years from now to take pictures of where I lived, or died? The only reason I’m doing this is because a horrible thing happened to someone, which for whatever reason haunts me. And this fire haunts a lot of people. Why? Will I be similarly unlucky?

This picture shows where Commerce Street begins and where it was cut-off to make room for 7th Avenue on the left. A 1914 article from the Times mentions an ancient wooden house on the southwest corner which narrowly made it. That’s the southwest corner pictured here and the house is gone now. (Note puppy.) 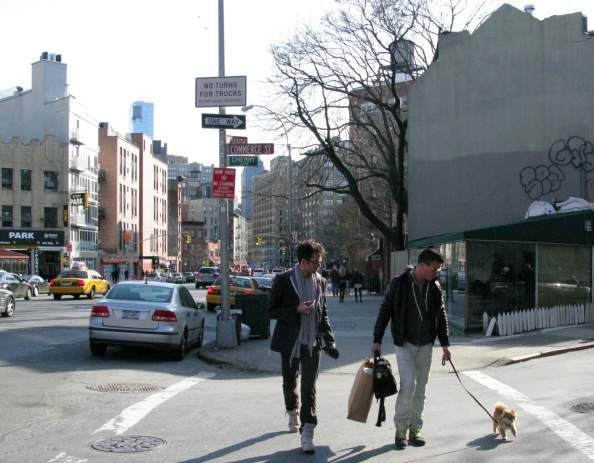 While I was there this man was taking shots of one of the buildings on Commerce on the right, or something on the right, his faithful dog patiently waiting. I’d love to have a dog come along with me when I take pictures. 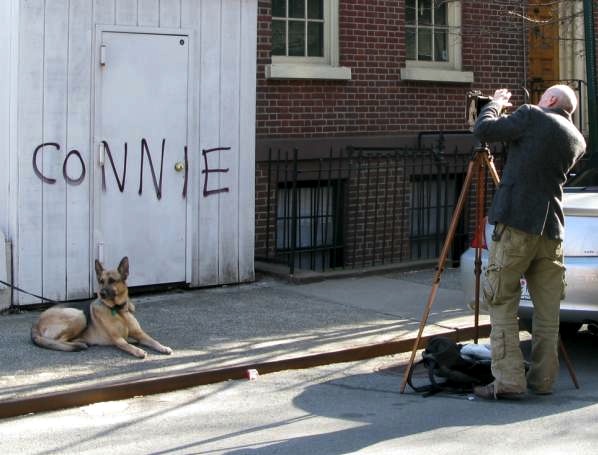