I recently read that there was a possibility that this might be the last season for Fringe. Oh god, I hope not. Fringe might be my second favorite show on tv. It wasn’t love at first sight. I remember thinking the Walter character was annoying, for instance, he had just too many tics. But then it rose to the level of great tv and Walter, like every other character on the show, became lovable. If not lovable, like the various bad guys or neutral guys, then interesting.

Why oh why is there talk of canceling this series?? I wonder if it never caught on in a large enough way due to the so-so start? In better news, I just read this on TV Tattle:

“Warehouse 13” expanded to 20 episodes
Syfy has given the sci-fi show seven extra episodes next season.

Me and the boys curled up on the couch. Later in the evening they will take turns. Buddy, who is at the bottom of the couch in this shot, will be at the top. 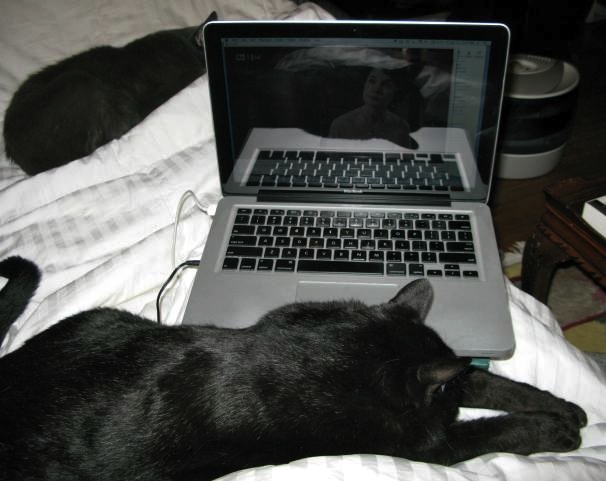 What is this little guy?