I have to report for duty at my poll site tomorrow, at 5am. It didn’t occur to me until yesterday that I am probably expected to stay until the polls close, and a little after. We have to seal everything, and hand the ballots to the NYPD. We might be working seventeen hours straight. That can’t be right! Right?? That’s absolutely insane. I just checked the card I was sent. That is right. Good lord.

Note to all Americans: be very kind to your poll workers, especially if you’re voting late. They have been at it since 5am!!

Bleeck is hanging on Obama’s every word. Or, he’s having a nice nap. 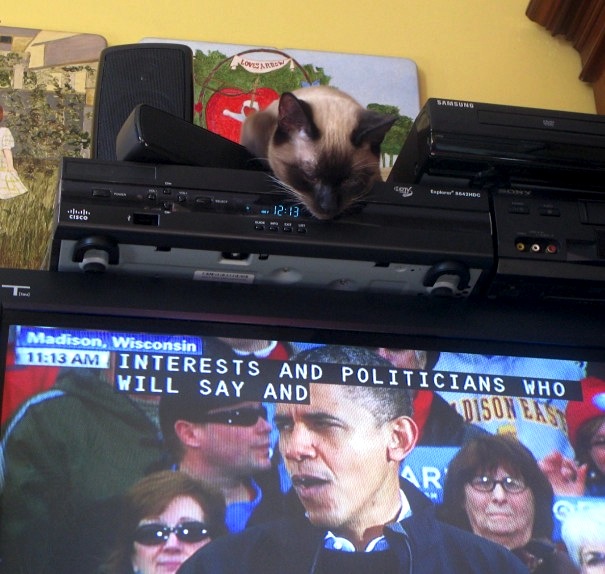 What year is this?

I Can’t Wait Any Longer

5 thoughts on “Working the Polls Tomorrow”