But I just worked for nineteen hours straight and then only slept for three hours afterwards. I may post later this afternoon, but for now I’m just checking in to say yay! And I will have a lot to say later about working as a poll-worker.

I took this in the middle of last week, when New York was without power and we were all walking around searching for food and a place to charge our computers and phones, and for places to take showers and be warm for a little while. In the midst of all that the tour buses went on.

At first I thought, what the hell? But then I realized, these poor people. They plan vacations, buy tickets for various shows, events, and so on, and they get here and Broadway is shut down, events are cancelled, and many hotels were closed. Their vacations and the money they spent on them went largely down the drain. Then I felt really, really bad for them. 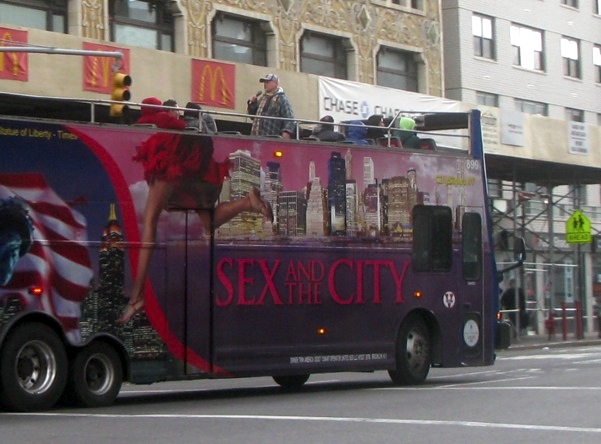 Virus and the City: The Cats