The bedroom and bathroom are painted! I worked for hours cleaning up after them, so the rooms are not put back together, but at least everything is moved back and I can lay on the couch in stress and clutter-free misery after my surgery which is taking place in two hours. So, uh, yay!

I went with the Golden Honey color for the living room, but I told them to go ahead and paint the bedroom with whatever color they had, which was of course some shade of white. I did however ask them to use the trim I chose, which I thought was a darker green but it turned out to be the exact same shade I had before! Even though I was also buying different brand of paint. How did that happen? I guess I’m really drawn to that color.

You can see the water damage in the floor by the radiator (caused by a radiator water leak). I’ve partially covered it with a cat basket, but it’s not quite doing the job. It bugs me how awful it looks. I can’t afford to re-sand the floors, so I don’t know what to do. A bigger rug, I guess. 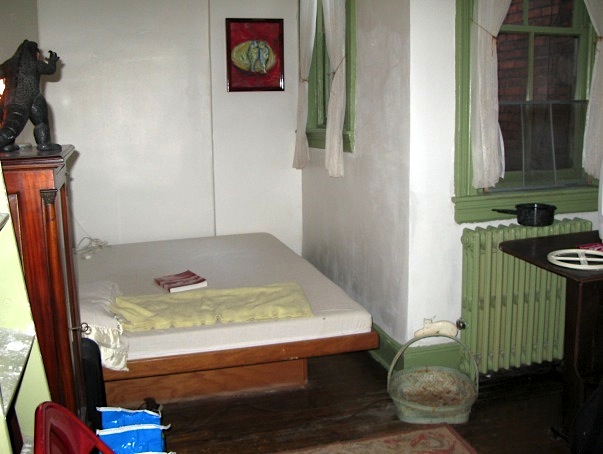 Bean has been found!!

No Deliveries in New York City

2 thoughts on “Sometimes the Universe Delivers”