This is why I love Twitter. I get news via Twitter first, but it’s also where I just learn about cool stuff. Like these new singing nuns. New as in not Sister Luc Gabrielle aka Sœur Sourire, best known for the song Dominique. Oh Jesus. I just read the Wikipedia entry about Sister Luc Gabrielle. Her later life was terrible. She left the church and killed herself when she was 51. “Citing their financial difficulties in a note, she and her companion of ten years, Annie Pécher, both committed suicide by an overdose of barbiturates and alcohol on 29 March 1985.”

Moving on, Michael Lorenz puts the myth about Mozart’s burial to rest.

And finally, Walt Whitman reads his poem America. That was just a few of the interesting things that were brought to my attention via Twitter.

Bleecker prepares to attack, Finney gets ready to defend. On man, the top of my desk used to be the same red you can see around the side. I wish I had to energy to sand it down and re-red it. 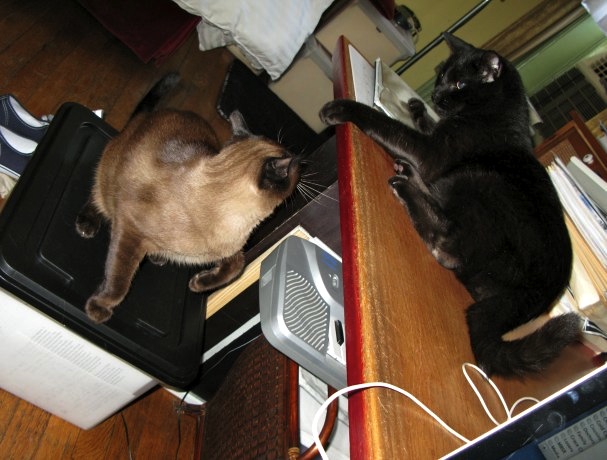