I was just about to leave to take my customary holiday walk down 5th Avenue to take pictures of all the decorations when I stubbed my toe on a chair. It hurt like hell, but I expected the pain to subside in a minute. When it started getting worse and worse and worse I took a closer look. It was bad. Almost scary to look at.

I googled “dislocated toe,” called ahead to the sorta ER that is now across the street from the former St. Vincent’s hospital to see if they took my insurance, and then headed over, crying the whole way. It was just my little toe, but this tiny tiny tiny injury hurt just this short of being more than I could bear. It was insane how much it hurt. I couldn’t stop crying.

Then they had to do that thing you see in the movies and on tv, where they yank the bone back into place. It didn’t work the first time so they had to try again. I knew what was coming, and they had to find a very strong young man to hold me down for the second try.

It will hurt less and less as time goes on, I was told, and would take over a month to heal. I was also told it was safe to walk on it, it would just hurt to do so. Maybe in a couple of days, when it hurts a little less, I’ll try again to get some pictures.

When you have three cats there’s always an ongoing battle for space on your lap. I’ve captured Bleecker deciding Bodhi has had quite enough time on my lap and it’s his turn now. 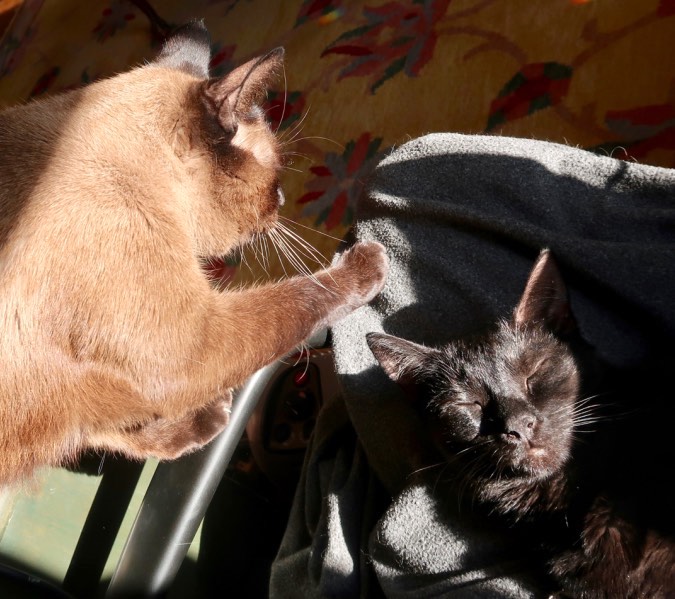 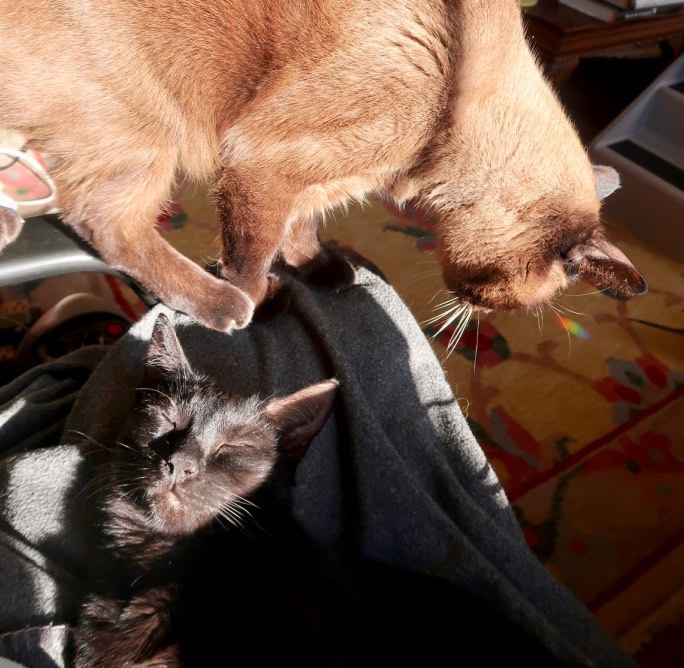 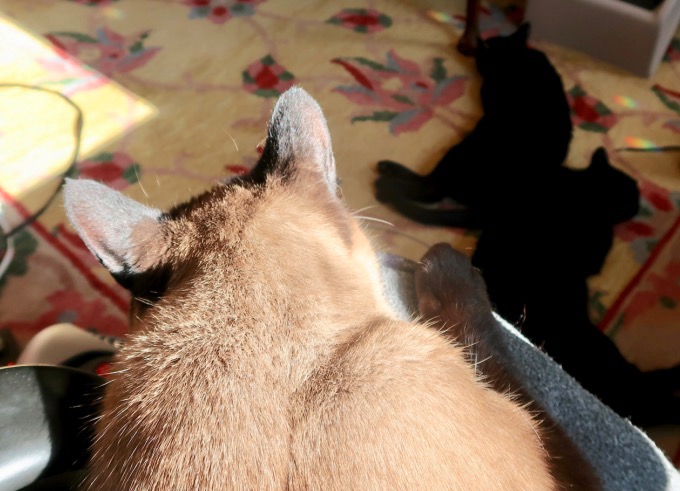 3 thoughts on “Yesterday Was No Fun for Me”